My name is Noah Mefrakis, I’m a sophomore at the University of Missouri Columbia majoring in Agribusiness Management. This summer I was accepted to be a part of the Greenhouse Education Center (GEC) team with NatureFresh™ Farms (NFF). The GEC is a mobile greenhouse that travels to different retailers to show consumers how and where their produce is grown. Not everyone gets the chance to see the inside of a greenhouse and so the greenhouse comes to you. My brother was a part of the GEC team last year and encouraged me to apply for it because he had said that “it was the best time of his life” and that he “never learned so much in a summer.” Growing up in Mid-Missouri, I have never really seen the inside of a greenhouse, rather I’ve seen more of the traditional row crop and cattle farming like my grandpa’s farm for example. I also work at a local farmers market where I was able to witness the production of horticulture crops. When I arrived at NatureFresh™ Farms I was astonished at what I saw. Before our first GEC Tour, I had to get familiar with and know the ins and outs of the 130-acre greenhouse farm as well as meet the team. Kara Badder, the Marketing Project Manager at NatureFresh™, introduced me to the people who run the company, including the marketing team and Peter Quiring, the owner and president of NFF! Her enthusiasm and smile made a great start to my first day. Herman Fehr, the Retail Marketing Coordinator, was going to be my tour guide for the day. NatureFresh™ has five different phases in Canada.  We began our orientation at phase 4 and as we drove my eyes widened and I began to smile in awe of all the greenhouses in and around Leamington. I finally started to understand why Leamington is the Tomato Capital of Canada.  We walked into the greenhouses and my mouth dropped to the floor. Never have I seen tomato plants 20ft tall with loads of ready to pick fruit grown in a simple but effective growing medium, coconut husks. Its ability to absorb moisture and nutrients was something I have never heard of before. Seeing each plant have its own irrigation line all monitored by computers to be sure the plant is receiving the precise amount of nutrients and water made this farm by far the most technological advanced farm I have seen. Herman told me to try a TOMZ red cherry tomato, “just pick it right off’, he said. So, I did. And Dang. Never have I tasted anything like it. Imagine trying a sour patch for the first time, the complexion of sour and then sweet just taking over everything in your mouth. The TOMZ tomato had the same effect, it just took over everything in your mouth and made you want more! But as much as I wanted to keep snacking, there was a lot more to see. We made our way to phase 3 where 30 acres of bell peppers are grown. As always, we suited up before we entered to prevent any spread of diseases and then walked in. My eyes about popped out! The largest and most perfect bell peppers hung from a 8-foot-high bell pepper plant. All 105 acres of bell peppers were set up similar to that of the tomatoes, from the coconut husks to the irrigation tubes, the vertical growth, the pipe rails down each row, to the complete monitoring by the computer systems. I’ve worked on a horticulture farm and have seen tomatoes and bell peppers before but no words or pictures can explain what I saw that day. Only a visit to the GEC can one begin to conceptualize NatureFresh™ Farms. After my first few days of training, I was pumped and ready to go on my first trip. The GEC was headed to Toronto. We setup the truck and trailer outside the Real Canadian Superstore and immediately customers began to flock to the trailer in awe of what they saw. I jumped right into the action and explained all I could about NatureFresh™, greenhouse growing and local & fresh vegetables. A few hours went by and it was my turn to begin sampling inside the store. Cut bell peppers and sliced cucumbers with TOMZ red cherry tomatoes made a flavorful snack for our customers who were amazed by the taste of these vegetables. My favorite part was seeing kids trying the cherry tomatoes and making mom pay for a whole container. The next few days rolled right through with each day becoming busier. It brought me back to my busy summer days at the Columbia Farmers Market. It always excites me to be able to explain to customers how and where their produce is grown because it’s important for the consumer to know and understand all the work and technology behind growing food. And now, with the Greenhouse Education Center, I can inform consumers about local foods and how greenhouse produce is grown! 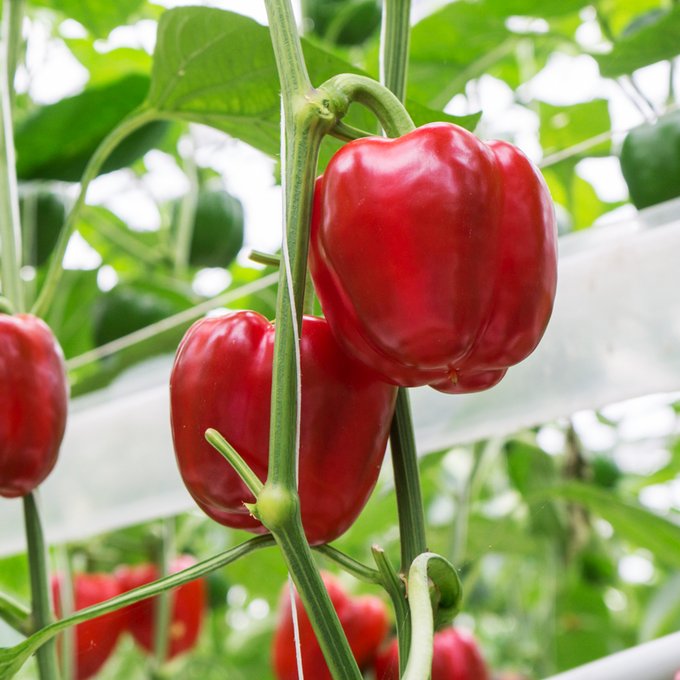 It's #OntAgWeek & we're celebrating the bounty of foods that we produce in this great province! From #Farmers big & small, we're #Thankful for all the fresh #OntarioGrown fruits & vegetables. 💚 @FarmFoodCareON #LoveONTFood https://t.co/YdXNExsX98

RT @OntFruitVeg: Sending out a huge thank you to all the farm families who work hard to put fresh fruits & vegetables on your table. Conte… 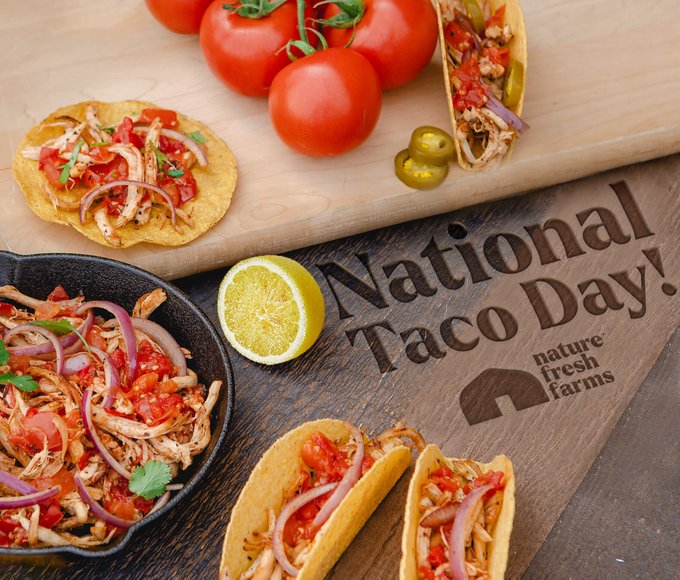 If #Tacos aren't on the menu for dinner tonight, you better make a switch because today is #NationalTacoDay 🌮 Head to our website for our authentic Mexican Chicken Tinga Tacos recipe: https://t.co/S1ZnfZCbPT https://t.co/mGLkcfkM27